About
About the show

Just after Jango and Jeroen started working on the show restrictions started for the covid-19 pandemic. The first stage of the making process of this show was fully done throught video conferencing.
Videocall, rehearsals, watching to recordings of rehearsals and making and discussing notes etc..
A big experiment to make a show with direction over the internet.
September 2020 Jeroen traveled with his van and decor to Barcelona. Over there he played at the la Gleva theater for a live audience during the Festival of Fools 2020. 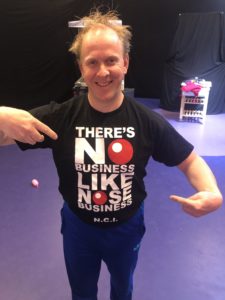 Jeroen is hooked on juggling since his 11th birthday where he got 3 juggling balls from his grandfather. Since he began his hobby of juggling it became bigger and bigger and more and more.
Now he has been working for more than 25 years as an artist mainly in Holland and Belgium but also in France and Spain.
Ever since Jeroen followed the masterclass from Jango Edwards and friends at the Nouveau Clown Institute in Barcelona he is focusing on the theater more and more. With theater in mind he can bring his shows even better to his audience than before.

More about the work from Jeroen you can find at: www.dutchjuggler.com 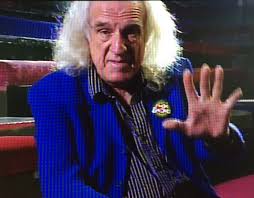 Jango Edwards is one of the most excentric and contamporary clowns of this moment.
Jango's fame started in Holland in the 70's and 80 with the friends roadshow. Togher with other artist like Nola Rea and Johny Melville he toured through the whole world.
For the past 12 years Jango has started with the Nouveau Clown Institute. Through this institute Jango helps other clowns/ actors with there devellopment.
Every year there is a 4/5 week masterclass in Barcelona.